The last time before this I suggested to Bryan that he should definitely watch ice hockey while World Championships are going on as Finland is known its enthusiastics towards ice hockey. And as I happened to work in a bar they show it from a big screen, we went there. It also happened to be May Day aka Vappu in Finnish and there were a lot of people recovering from last night’s partying. More about Vappu: Walpurgis Night in Finland.

Ice hockey. Finnish national sport. On May 1st the tournament started against USA who beat us 5 to 1. Nothing more to say about that.  During the game we talked about Finnish traditions and ice hockey in general. 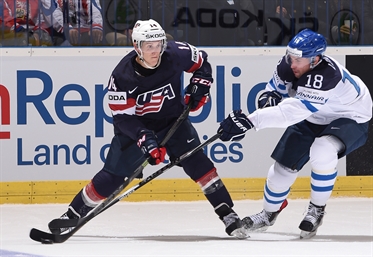