In the middle of the semester, both me and Sanne were full of essay to write, lessons to attend, books to study. So we arranged the 8th meeting in CampusRavita to have lunch together.

We started with some words in Italian and Dutch about family, speking about our parents, their work, and about our siblings. Then we spoke about food habits. Dutch people usually eat just bread for lunch, so that even universities have no canteen, because everyone brings his own bread from home. They seem not to have  many traditional dishes. The opposit for Italian! Although many of us eat pasta once per day (it’s not unhealty!), each small town has its own traditional recipe, and every single inhabitant will swear that it’s the best recipe you can have with those ingredients, much better than the neighbour town of course. We called this phenomenon “campanilismo” which means that the clock tower of your town is better than all the town close to you. For exmple I love “risotto alla mantovana”, “agnoli in brodo” and “sbrisolona”. 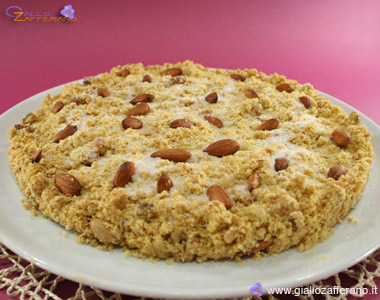 After all this food we spoke about an amazing tradition in The Netherlands: Santa Claus.  I was really admired because this event has even its own TV program broadcasted every day. Every year while Santa is coming (by boat of course, we are in The Netherlands!) something happens and all the children of the kingdom live the following day waiting for the solution of the problem. Sanne shown me one episode of this national drama, in which the boat was full of water because one of the Santa’s little helpers (Piet) left the sink open…

I think it’s great that a national bradcasting channel can focus the attention of the population on something so related with children. Unfortunately, in Italy it seems that children should grow faster and faster to adapt to the language of television, while it should be exactly the opposite.