So, yesterday we met last time:( And we summarised all of our stories. It was great experience for me, to talk with people from other countries, heard their stories about their citizens,nature, traditions, cuisine. Even if u go to Czech Republic or Hong Kong as a tourist- you never can not see it like citizens of countries. Big thanks to girls that they gave me this interesting chance to know their culture:) 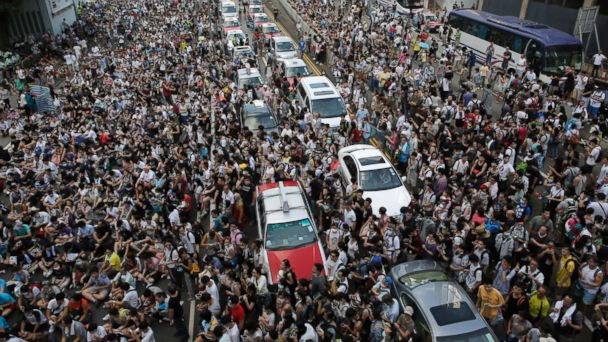 Our 8th meeting was at the 24th of November. We discussed nature of our countries.

Czech Republic has got 4 national parks. The most famous and the biggest is national park “Šumava”. This park was established in 1991 and its area is 944.8 km2. The highest mountain is called “sněžka” and its from word snow, because in czech the snow is “sníh” and sněžka is word form of it .

Hong Kong is on the costal area and it has a lot special nature screary . For example the hexagon stone. It can only be found in Hong Kong and Ireland. We have a lot of country park for hiking and leisure. For the hexagon stone is already part of World Nature Heritage.
Hong Kong havs a lot of islands for relaxing. One of Jenny`s favourite island is called the Lantau. It have a lot of beach and a fantastic cycling trait. The local have a lot of amazing food. Her favourite desert is mango desert, it is also a must to try when you are there.
Beach is also fantasic there. In summer, many people will go and swim or BBQ.

After their stories I really want to see this beautiful nature by myself and may be sometime I will do it:)

On 24 of November we had our meeting in Museum Centre Vapriikki that locates beside the Tammerkoski in the old Tampella factory hall. There were many different exhibitions, with varied themes, including natural sciences, history and technology. There were also the Finnish Hockey Hall of Fame and the Doll Museum.
I had never been there before so it was really interesting to see these exhibitions and learn about Finnish history and culture. And at the same time our exchange students learned new things and words about Finland.
The atmosphere after the Vapriikki was little sad because it was time to say goodbye to Chrystal who was going back to Malaysia. I already miss you Chrystal…!!! After the goodbyes and the educated moments in Vapriikki we went to the Mc Donald´s and had some hamburgers.

On 22 of November we were supposed to have our meeting in Pyynikki Observation tower café. It was really cold and it was already dark outside and I also had problems with my leg, so instead of climbing up to the hill we decided to go to Keskustori`s Munkkikahvila.
There was Chrystal, Sofia, Paola, Emilia and me. We went inside to that cosy café and thought that there would have been warm, but it wasn´t. It was freezing in there. We decided to buy some hot chocolate and doughnuts.
After we had finished our hot chocolates and doughnuts, we started to think how to learn Spanish and Finnish this time. After a while Sofia and Paola suggested that we could play some game called Basta.
That was really nice way to learn some new words because we were able to use all three languages English, Spanish and Finnish. I think that everyone learnt some new words in this way. After that we also learned colours, fruits and berries in Spanish. Girls also told us the funny children´s game that we could try sometime. The game was called Declaro la guerra en contra de mi peor enemigo gue es…/ I declare war against my worst enemy that is… That would also be nice way to learn some Spanish.

The last meeting we decided to do something totally different: to bake Munkki’s (which in Finnish can be translated either to monks or doughnuts) This idea came from Lisa and even though we all knew it was more of a first of May (Vappu) tradition, since both Krystian and Lisa would not be here during that time and cause everyone gets tired at christmas treats, gingerbread and such somewhere during December, this is what we ended up baking.

And by ‘we’ I mean Lisa baked the dough (taikina, der Teig) and I formed some awesome looking triangle doughnuts and Krysian came later and together we ate them. Since this was a Finnish themed evening in a real Finnish house with Sauna (that’s how you can tell it was a real one), we mainly concentrated in Finnish and went through some cooking words and verbs. And as always, we also tried to keep the conversation also in German. I really like this free way of learning by doing or in this case, learning by talking and using the language in actual situations. All in all it was a really enjoyable evening!

This time we met at my place and watched a German film (in German with German subtitles) called Almanya. The film is about a Turkish family immigrated to Germany and was chosen to our movie night, since this is a topical issue and for both of us Krystian and me to learn by hearing. It was an interesting and easy to follow movie, with humoristic grip to important topics. It was also great to see how much I actually understood about the heard/written German and by putting the subtitles I think some of the words/ways to build sentences will really be remembered. After the movie we also went through some Finnish verbs since Lisa was going to have her Finnish test in the following day and also to make the meeting more multilingual.

Last thirsday i met my group in  O’connell’s Bar to see a english comedy. This comedy was for the first part about simple finnish things, like “pikkujoulut” in finland. For example funny thing about pikkujoulut is, that its translation in english is “little christmas” and we don’t why “little”.

The second part of the comedy was made by improvisers, they were five and to find a subject they used hashtag on twitter according to “pikkujoulut”. So we had #blackout #hats #petroleum(strange) … so we choose in these hashtag one random and they made an impovision on that. i was really impressed by their performances because whatever the subject their ideas was good and they plays good too.

Otherwise we talk with the group about our Christmas in our countries and it was interesting to see that for everyone Christamas remains a family event where we eat too much. we talk about our christmas food specialities, and we see that we eat quite the same things, apart for the dessert which remains different for everyone.

Hey! So each one teach each is not simply about learning vocabulary and grammar? Yura, Jihee and I decided to have national food days : Korean and Russian. We will cook to each other and try the food!
Firstly, my girls decided to introduce me to their cuisine. The dishes were Pajeon and Bullgogi. First one remains pancake, it is made of mixed water, eggs, flour, spices  and vegetables. Delicious. This became one of my favorite dishes. I was told that pajeon is a traditional food for rainy days in Korea. Soya source is an additive. But from my point of view, these pancakes are even tasty by themselves.
Bullgogi is pork with vegetables and souces. Tasty as well! Really interesting mixture of spices.
Here are the pictures. Gamsa hamnida (=thank you) to Jihee and Yura!

The last meeting was yesterday, which was about the winter sport (Wintersport – téli sportok). First of all we were taliking about the skiing, because this is the most common winter sport in the world (I guess). I am not sure, because for exaple in Hungary the snowboard is getting be more popular, than skiing. I think it depends on the ages, because the junger people like more the snowboard, but the older generations prefer the skiing (Ski fahren – síelés). The german people usually goes to skiing 1-2 times annually. They can go to abroad, but they have opportunities stay in Germany as well, and to try the slope of the german mountains.

Ice skating is not so common sport in Germany and in Hungary as well. Sometimes the youth goes to ice skating (Schlittschlaufen – jégkorizni) in the wintertime, but not so often.  One of the favorite children playings in winter is the sledding (Schlittel fahren – szánkózás). It is pretty common in Germany and in Hungary as well. Just it depens on the weather, because in recent years unfortunately there was not so much snow, therefore we could not do this.

Ice hockey is quite popular sport in Hungary, we have got some skillfull group, which have got some really good results during the championships. In Germany it is also important, but not as much as by us. But we are in Finland now, and we already know that the ice hockey is how important to finnish people. Usually the guys or men are interested in this sport and the girls or women are interested in the figure skating (Eiskunstlaufen – jégtánc).

Snowball fight – Schneeballschlacht – hógolyózás. It is very similar than the sledding in the habits. And the snowman built – Schneemann bauen . hóember építés. Everybody did this in childhood, I guess.