I just realised I haven’t introduced myself properly. So hi, my name is Leila and I study hospitality management in TAMK. I like cats and dogs, food and wine. Briefly, that’s me.

So because of my study field we became talking about food because who doesn’t love food better than a restonomi! Now I know some of the basic food words in Russian and to make you (and myself) hungry here are some of them: 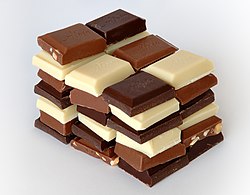 Funny, we also discovered that chicken in Russian is курица which sounds like Finnish word karitsa (baby lamb). And Russian word молоко (milk) is pronounced like Malaco, the Northern candy factory. Of course many of the food words are related to English, such as Банан, лимон and кофе so they are also easy to remember.

And now I’m starting to get hungry….

it’s the 7th session ! We went back to the coffee because it was a Friday and we both needed a coffee to cure the hungover of the day before.

I’m part of TAMK’s very own Theater Club Ääriraja and we made a play for this spring, called Painomustetta. I invited Nadiia to watch our dress rehearsal. For those of you who don’t know theater so much, dress rehearsal means the last rehearsals before the premiere. The play is performed like in a real situation and the director doesn’t interrupt but gives his notes at the end.

Nadiia was a bit further in her Finnish studies so we wanted to give a try on how much she would understand of our play that was all in Finnish. After all we used quite common language in the play, with some slang words of course but if she couldn’t understand, at least the play would be visual with music and dancing.

After the dress rehearsal I asked what she thought the play was about.  She had had some clue of it and some details but didn’t get the whole picture. I explained the plot to her and then some words she had caught but didn’t know the meaning. It was a bit difficult even because she told the words to me as she had heard them and I had to figure out the context before realizing what she meant and explaining them. Because some of the words were really hard to explain without the context. Especially hard was to explain the name “Painomustetta”, it’s like print ink and it comes from that the play’s one focus was on a newspaper. Okay, wasn’t so hard when I put it that way but it wasn’t that easy the first time 😀

By the way, welcome to see our plays in the future!

Welcome to our 6th episode ! (or session 6 in case of you didn’t understand).

here is a small list of what find for each other :

In the end we talk about on how we usually eat in each other country, for example in france we eat a lot with their family (at least when you lived in your parent’s house) however in finland it’s not that common.

For the 5th session we wanted to see the past tense of the verb. After having see the present, it’s logical to see the past as well. We went back to our, what we called our HQ, the new york coffee for this one, as it was always cold outside.

it’s a lot more easier than the present tense so I won’t post all again the verb we saw in the previous session but only the rule in french for. The most common used past tense for us is the “imparfait”, wich is the one we saw with ulla

the rule is easy : you take the core of the verb at his indicative form and you replace the end (most of the time it’s the last syllable) by these :

For the finnish form it’s quite the same rule (if i understood correctly): you replace the end of the verb by -in -it -i -imme -itte -ivat

Hello! Getting tired of me yet? 😉

So 8th meeting already… This time we also met at Nadiia’s house. Like I had told her before it’s easy for me to learn a new language by listening music, so she played me this song (got to warn you, it’s quite catching):

It’s about how people think that when you see a black cat crossing the street it brings you bad luck, but in this song only the black is the one who becomes unhappy because of the people. It’s sad to see the cat so sad, I want to go and hug him!! (even if it’s “only a cartoon”). But because of the catchiness of this song, I now remember some Russian words better.

We also watched a clip of this movie буратино. It’s somewhat a Russian version of Pinocchio, or at least it I understood the movie that way. I have to say that, based on this movie, Russians have more expressive voice actors in children films than some of the Finnish ones.

This meeting we had more discussions about Finnish and Russia cultures and their differences than straight lectures about the language but it was nice for a change.

I’ve always been a fan of Japanese animation (anime). Not that I would call myself an otaku by any means, but the sheer amount of detail they put into these animations is mind-blowing, and Your Name (Kimi no na wa) was no exception. I went to see the movie with Aoi and Hannele one evening. Hannele had previously said that she had never watched anime, which was a surprise. It was time to change that.

Before you even ask: yes, the movie was pretty darn good and beautiful. It did its best to punch you in the tear ducts. Although the movie was clearly made to appeal to people all over the world and not just Japan, some characteristics of Japanese cinema and anime were present, like a trailer-like musical intro (super weird for a movie) and a more relaxed way to handle sex-related humor. Without spoiling too much, I’ll just say that boobs were a recurring theme in this serious magical love story.

Walking back home from the theater, Aoi and I discussed one part of the movie where the rural female character, having switched bodies with a Tokyo male, struggles to find the right way to say “I/me” to other Tokyo guys. In the Finnish subtitles, all the variants he/she goes through were dialectical variants (mie, mää, mä, mie, meikä) of the Finnish personal pronoun, but according to Aoi, such geographical variation of “I/me” doesn’t exist in Japanese. The trick in the original dialogue was that the word “watashi” was weird coming from a (supposed) male who was in the company of very close friends. Therefore, “ore” and “boku” were more natural in that situation. It was nice to learn that linguistic tidbit in an otherwise not-that-learning-oriented meeting.

We arranged the meeting in Nadiia’s home this time. It was actually funny because she lived opposite of the house where I used to live when I first moved to Tampere.

Again we decided to just go with the flow and she taught me different kitchen words in Russian. And now I remember: the Finnish word “loska” is quite similar to the Russian word Ложка (spoon)! That’s why it was so funny the time when we talked about the weather. It might mean something in Polish too, as I remembered in that post.

Миска is a deep plate in Russian. Nadiia thought it was funny when I told her that in Finnish it’s a boy’s name.  Actually, come to think about it, it’s easier to learn new words when they are similar to something you already know.

Remember when in the first post I talked about that the Russian language sounds all the same to me? Well, with some words you really have to be careful with the pronounciation. For example стол (table) and стул (chair) have just a tiny difference. Also Russian has like six different s-sounds (in Finnish many call them s-sounds because they are all new letters for us):

щ – shcha, at this point I went like whaaaaaat, but it’s like fresh_cheese, the sound that comes in the middle when you say them quickly (or something like that)

Okay, except the щ, I start to realize that there are many different ways to pronounce the s-letter in Finnish and English too. But we have to learn how to say it in different words, meanwhile Russians have own letters for each of them, so you know instantly how to pronounce it. It sounds way smarter than the Western way but how come it’s so so hard to learn them…

Desperate in our quest to fit enough meetings into our busy Spring calendars, we met again at Hannele’s place and discussed Japanese history. It was another YouTube frenzy not unlike the last time we met.

We started out on a light note by watching this video that, despite being pretty comical, actually summarizes Japanese history pretty well. Naturally, thanks to the video ending in a big silent moment signifying the Hiroshima bomb, we also discussed how that is viewed in Western countries as opposed to what the Japanese view is.

From there, we sidetracked a little into Finnish things when we wanted to know if there was a national epic or folklore similar to what Kalevala is to us. The best example Aoi came up with was the Tale of the Bamboo Cutter, or Taketori Monogatari. Turns out that both Finns and Japanese have weird girl-related folklore stories. Our world starts from a duck egg that falls of a maiden’s knee (don’t ask), and the Japanese have magical Moon girls hatching out of bamboo stalks. In weirdness, we found common things.

As we started to get a good hang of this staring-at-screens-for-hours thing, we agreed to go watch an anime movie the next time we’d meet. Maybe we’d see some more references to weird Japanese folklore in that. 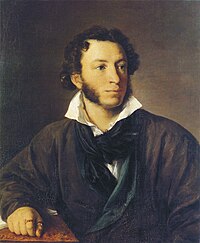 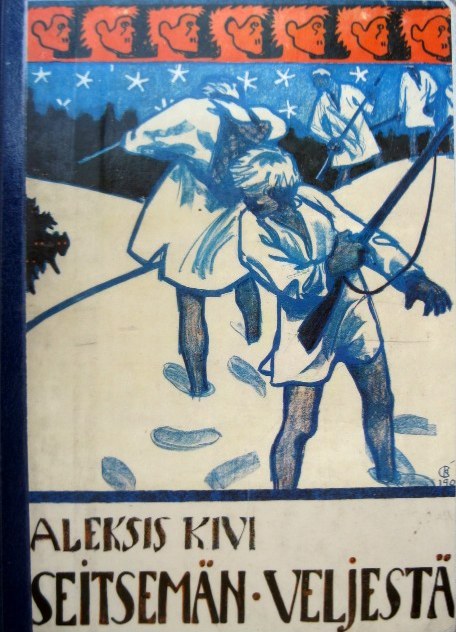