We gathered in Stockmann and thought abiut what we wanted to to do for the last time and decided that it would be nice to have one last cup of tea with something. We bought an amazing Daim cake and went to Pinja.

We had a conversation about places that we should visit if we want to go to Germnay on Munchen some time and for Vanessa if she goes to Saint Petersburg. We talked about popular tourist sightseeings and local places. It is always nice to learn some information from the local people.

It was incredibly cool to meet Julia and Vanessa and get to know them better. It is an unforgettable experience that tought me a lot.

This time we decided to have a party together. We met for predrinks, played some card games and just drinking games. I explained how the play “The Fool” the most popular russian game in whole country, i guess. It was so much fun, because the rules are a bit tricky and it might be hard in the beginning. Later in the night we decided to go to Ratina, but it was expensive as always and they have only put on some spanish songs which was a bit annoying. Thought i really like the balcony that they have where you can go outside to get some fresh air if you want. We danced for some time and then we got pretty tired and bored and decided it’s time to go home. Vanessa went to Pinja and I went to Lapinkaari, but we had a really nice conversation on the way back, so the night was great overall.

For the seventh meeting we again decided to cook. Yeah, that’s the skill that we have really developed throughout this exchange. So we met in Pinja, and decided to bake a Lizer Torte – the dish that is considered to be the oldest cake in history, yet who named it still remains a history. We bought all the ingredients:

Though we had a problem with flour because it was for bread and not for the cake, we still mixed everything together and baked it for half an hour and it was great! We put some lemon and bluberry jam on top and it was incredibly delicious! Also while we were baking we played some games together and had a chat about our week. This meeting was a lot of fun!

Once again we decided to cook. Apperently cooking is very fascinating thing to do. I think it really unites people and brings a lot of joy! So we decided we need to make anither Russian dish for Vanessa because w were talking so much about it. The dish is called syrniki (сырники). It is a Russian-Ukranian dish made of quark (cottage cheese), flour, eggs and some vanila exrtact. The look like really fluffy pancakes, served with honey, jam or whatever you prefer and taste amazing! While we were cocking them we had a conversation with girls about food culture and traditions of Russia and Germany, then Vanessa decided to share some anecdotes that German people have about Polish people and gypsis. I think national jokes really describe people’s attitude to life and makes overall impression. We also talked about the appearance of Russian and German people and decided that the light colored eyes are dominant in both nations.

It was a great breakfast and good start of the day!

For this meeting we decided to finalyy make some Russian food for Vanessa. A lot of people have heard about Russian pancakes or how we call them “Blini”, but not that mane people actually tried them. So we decided on who should buy which ingredients: flour, eggs, milk, marmelade and fruits. The blini were so delicious we completely forgot to take pictures of them! We all really enjoyed making then and especially eating:) They turned out really sweet and nice. I will attach a pucture of what they should look like.

Vanessa said that she really liked them, but they are different from what she is used to. I’m not surprised about it, but still happy to share out traditions with other people.

On 19th of March we decided to have a small lunch together at the university. When we came to the place, we realized that there was some special event and people have made a separate table of vegeterian dishes to try. Non of us is a vegeterian but we decided to give it a try and wee pleasantly surprised. Burgers were really good in delicious. 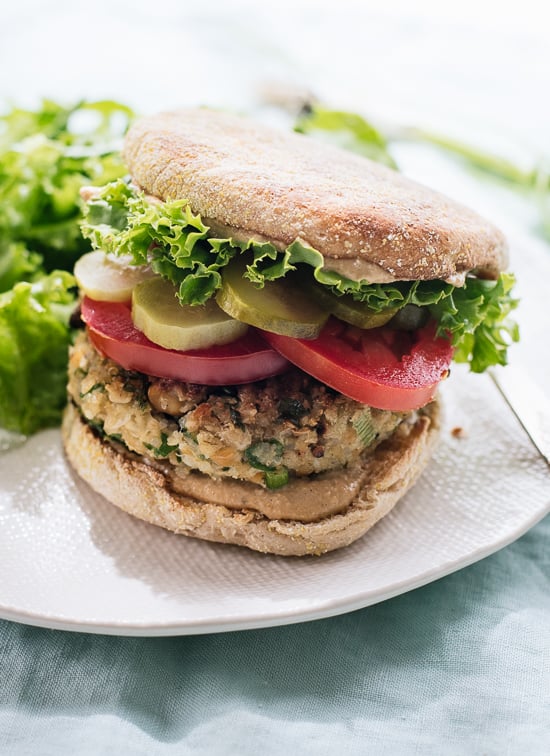 During the meeting we decided to discuss our future plans, looked up some German and Russian recepies to cook and talked about our experience so far. It was a small chat that i really enjoyed and also the change of the food can sometimes pleasantly surprise you!

On the 10th of March we went to the Pispala cafe to enjoy the new place that was recommended to me by my friends who already went there. We really wanted to try waffles, but unfortinately, they do not serve them in the afternoon, but they offer some of the Asian dishes. We decided not to spend a lot of money and odered vegetarian spring rolls that were the cheapest. I also took Aperol Spritz. The area where Pispala cafe is located looked pretty nice, so I also took some pictures of it. The weather was chilly but sunny, which made it even prettier

Unfortinately, the spring rolls were absolutely tasteless and we did not like them at all. But our meeting was still really pleasant. We discussed the differences between Russian and German girls, etiquette, dating rules and norms. Vanessa pointed out that Julia and me have very smooth and gentle moves, which I, personally, never noticed. Nessy also helped us with the homework for the German class in TAMK.

Overall we had a really nice meeting. In the end we took a bus with Julia and Nessy took her bike. She is really sporty and always goes by bike. I really admire it and think that it is really cool.

This time we had a meeting in my dormitory to learn more about russian history. I made a power point presentation about revolution of 1917, the fall of Tsar authority, the beginning of the Soviet Union and the last Tsar family – the Romanovs.

While I was presenting i also shared some of the typical russian sweets – sguschenka (condenced milk), tulskiy pryanik and pryaniki.

Vanessa really liked all of it, which made me really happy, because i love all of it myself. We also watched a part of a cartoon Anastasia, which is about the last russian princess, who, according to the cartoon, run away and hid during the revolution. Unfortinately it was just a cartoon and in reality they all were killed by the communists.

We had a meeting in a University canteen. We decided to share a lunch together and to talk about some interesting things. Vanessa was interested in knowing about Chernobyl – the Ukranian city that got famous for the tragedy.

I told a story about my father’s friend whp live in a city nearby the Chernobyl. He said that when he was a child they used to play with spruce needles that were in a size of a real sword! That was really crazy!

We also dicussed some jobs opportinities in Germany and Russia and differences when applying for the job. It is common in Germany to get a job in a decent company right after graduationd, while in Russia you have to find yourself some internships to get experience and only after that you can start to work for a better firm.

I decided to write everything about our meetings in my own journal and then transfer it here. So here it goes.

We gathered in Johanna’s place – Pinja to bake some classics of German cuisine – The Apfelstrudel. Vanessa told us the recepie and that normally they eat it on Sundays at home. Vanessa is really good at baking, so we decided to stick to her advice on that.

After we made the classic Apfelstrudel we decided to take some leftovers and bake the giant Apfelstrudel and made it look like a coacroach. I am not sure why we did it, but it was a lot of fun and extremely delicious!

After this amazing dinner we sad down, talked a bit and discussed some grammar related to cooking.